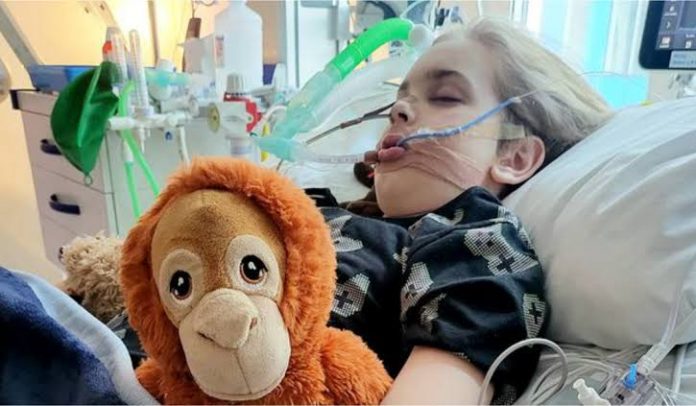 In Britain, the mother of Archie Battersbee has described the rejection of her bid to postpone the withdrawal of her son’s life support as “another heart-breaking development” and suggested the legal battle is at an end.

Hollie Dance and Archie’s father Paul Battersbee had submitted an application to the European Court of Human Rights but it was refused on Wednesday evening.

The 12-year-old has been in a coma since he was found unconscious in April and is being kept alive by a combination of medical interventions, including ventilation and drug treatments, at the Royal London Hospital in Whitechapel, east London.

His parents’ application to the Strasbourg-based court had been submitted just a few hours before Barts Health NHS Trust had been expected to withdraw their son’s life support on Wednesday morning.

But shortly after 6.30pm, the European court said it had refused the parents’ request, adding that it would not “interfere with the decisions of the national courts to allow the withdrawal of life-sustaining treatment from (Archie) to proceed”.

There has not yet been confirmation from Barts Health NHS Trust as to when life support will be withdrawn.

Following the European court’s decision, in a statement released through Christian Concern, Ms Dance said: “This is another heart-breaking development in our fight for Archie’s right to live.”

She restated that they had been contacted by doctors in Japan and Italy regarding her son’s condition, adding: “Why can’t we give him a chance?”

Ms Dance repeated her vow to “fight to the end for Archie’s right to live”, and said the family had wanted to take the boy to a hospice “but the hospital have said that we cannot do that despite previous promises”.

Some minutes later, asked by reporters outside the hospital whether this defeat felt different, she said: “It’s the end. It was the last thing, wasn’t it? And again our country have failed a 12-year-old child.”

UK Supreme Court judges have previously said they have “great sympathy” with Archie’s parents but added there is “no prospect of any meaningful recovery”.

Ms Dance and Archie’s father, Paul Battersbee, have been involved in a series of legal efforts regarding their son’s condition.

He was found unconscious at his home by his mother on April 7 and has not regained consciousness since. She believes he was taking part in an online challenge.

Ms Dance and Mr. Battersbee were granted a Court of Appeal hearing on Monday after the Government asked judges to urgently consider a request from a UN committee to keep treating Archie while it reviews his case.

However, after considering the matter, three judges refused to postpone the withdrawal of life-sustaining treatment beyond midday on Tuesday.

They also refused to grant permission to appeal against their ruling at the Supreme Court.

They filed an application directly with the Supreme Court, asking for his treatment to continue so the UN Committee on the Rights of Persons with Disabilities (UNCRPD) could have time to consider their complaint, made last week.

But, refusing permission to appeal, a panel of three justices concluded the Court of Appeal “made the correct decision”.  (PA Media/dpa/NAN)