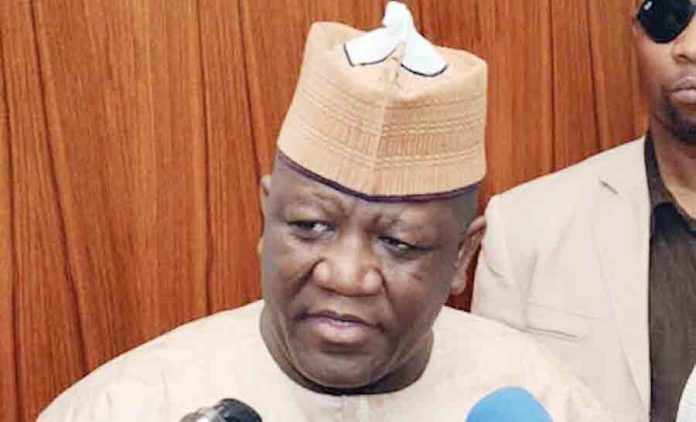 Former Gov. Abdul’aziz Yari of Zamfara State on Saturday said the All Progressives Congress (APC) remained strong and intact in the state in spite of losing the political leadership of the state.

Yari spoke while addressing a crowd of APC members from the 14 local government areas of the state who visited his residence in Talata-Mafara for stakeholders’ meeting of the party.

He urged party supporters in the state to remain calm and continue to be law abiding.

“We are highly impressed with what we have witnessed today; this indicates that the APC remains strong and intact in the state.

“I thank you for your resilience in supporting the party in spite of the challenges.

“I am giving you the assurance that we will continue to provide good leadership to ensure peace and unity in our great party,” he said.

Earlier, the state’s APC Chairman, Lawal Liman, thanked Yari for his efforts in promoting the party in the state.

Liman said that the meeting was organised by the state chapter of the party to show solidarity to the former governor as the APC leader in the state.

He thanked the party supporters for their continued support to the party in the state.