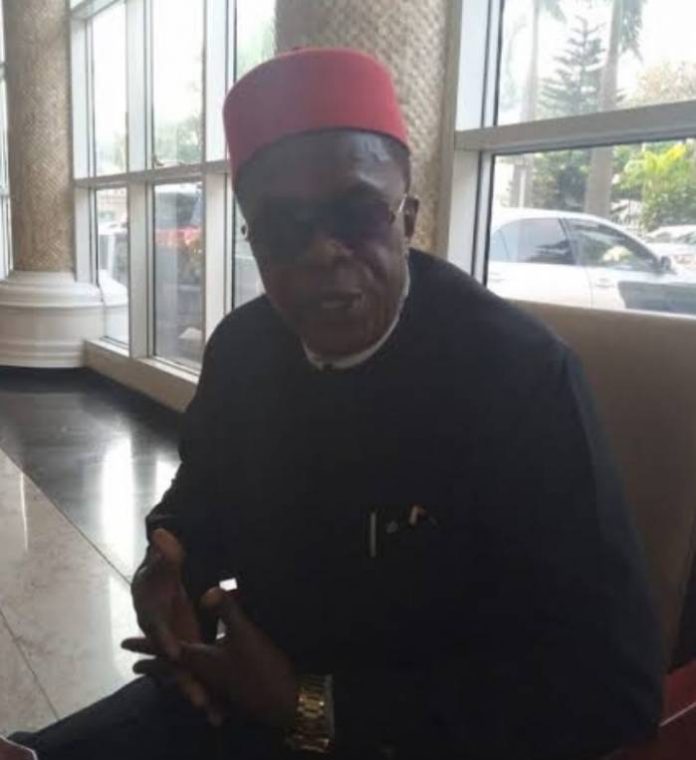 The All Progressives Congress (APC), has expressed optimism that it will win the November Anambra governorship poll.

Chief Basil Ejidike, the state APC Chairman said this while speaking with the News Agency of Nigeria (NAN) on Wednesday in Awka.

Ejidike said that the party had mapped out strategies to unseat the ruling All Progressives Grand Alliance (APGA) in the state.

He said that the APGA led administration had failed to live up to expectations adding that the people were eagerly waiting for the APC to take over and deliver purposeful leadership.

According to him, the party has successfully resolved its internal crisis and is working assiduously to ensure successful primaries in the state.

“Immediately after the 2019 general elections, we set up a fact-finding committee to find out what went wrong with the party.

“We have been able to identify our areas of strength and weaknesses and we are working on them, we have learnt out lessons.

“Now, we have all it takes financially, materially and humanly, as a matter of fact, we are now more than ever before, fired up to emerge victorious at the governorship election,” he said.

Ejidike said that the APC-led Federal Government had executed numerous programmes and projects in the South East to show that it meant well for the people of the zone.

“It is the APC-led government that is doing the second Niger Bridge, reconstructing the Onitsha/Enugu and Enugu/Aba highway and it has reactivated the Onitsha Port.

“About 58,000 pupils are benefiting in the school feeding programme, our people also benefited from the Tradermoni loan among others projects.

“Residents of the state are appreciating the wonderful landmarks of the APC-led government and we are capitalising on this performance, with our efforts to ensure that we emerge victorious in the coming election, “he said.

On zoning, Ejidike said that the party has yet to discuss the issue as its focus is to win the November election.(NAN)