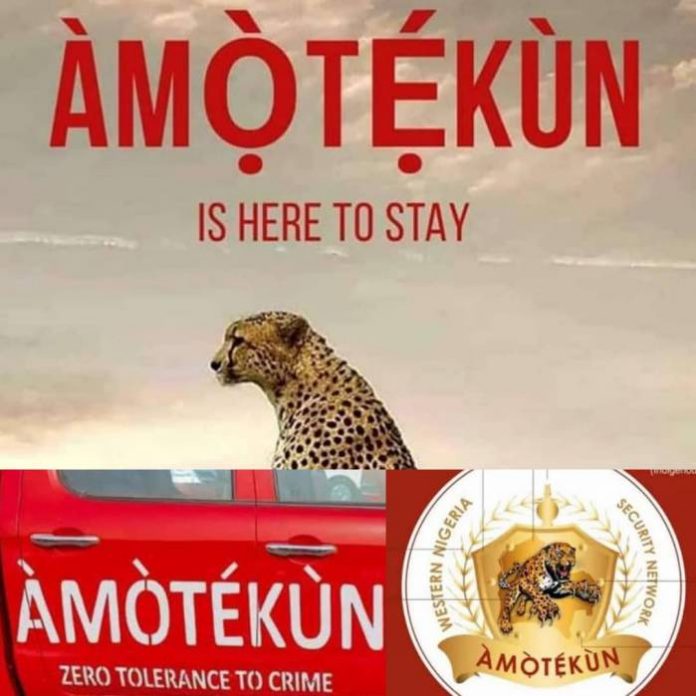 Speakers of Houses of Assembly in the South West Zone have said they will provide legislative support for Amotekun, the security outfit set up by governors in the region.

The speakers, who expressed support for the security outfit, said it would go a long way in curbing the perennial security problems facing the region.

The Speakers made their willingness to do the needful known in a communique issued on Friday through the Chairman, Conference of Speakers of South West States Legislature, Mr. Bamidele Oleyelogun at the end of a one-day security summit of the speakers.

The summit was themed, “The imperative of Western Nigerian Security Network (Operation Amotekun): Legislative Support for the Initiative.”

“The establishment of the security outfit in the South West is in tandem with the constitution, which makes the protection of lives and properties a matter of priority for any responsible government.

“The Operation Amotekun is a welcome development, especially in the spirit of existing community policing laws in the South West states.

“We have collectively resolved that the issue of security as it is in the region especially, and the country as a whole, can no longer continue to be handled with kids glove.

“As legislators, we must do our bit to complement the efforts of our governors through legislations that will give legal strength to the security force,” Oleyelogun said.