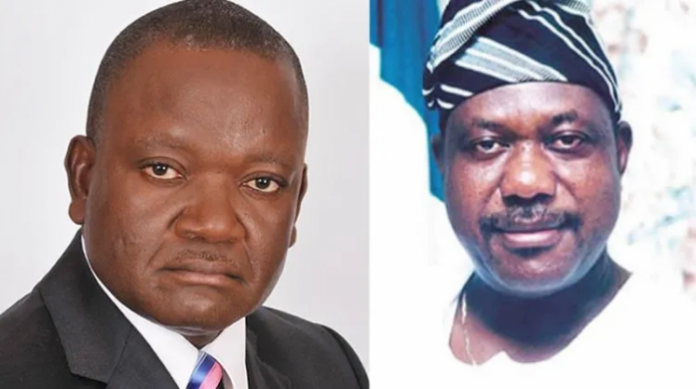 The Next Edition recalls that Governor Ortom had vowed to take George Akume to court to prove all the allegations he made against him during a press conference he held last Monday in Abuja.

Akume had accused Ortom of not only disrespecting the president and stockpiling arms and sponsoring militia in the state, he further accused him of massive corruption.

The Governor, in suit No. MHC/268/2021 filed by Okon N. Efut, SAN and four other lawyers is seeking N50 billion as general damages for libel and N10 billion as exemplary and aggravated damages.

According to the writ of summons, the suit was backed by 17 paragraph statement of claim.

READ ALSO: PDP Lampoons Akume Over Call For State Of Emergency in Benue

In the statement of claim, Governor Ortom is seeking a declaration that the text of Senator Akume’s press conference on 30th August, 2021, in Abuja and the reports in various national dailies is scandalous, malicious and injurious of his person.

He stated that the press conference was intended to lower his estimation before right-thinking members of the society and to expose him to hatred, contempt and ridicule.

The Governor is seeking perpetual injunction restraining the defendant by himself or through any agent, servants or privies from similar or further publication of any defamatory statement against him.

No date has been fixed for the case.