Home Sports AC Milan Hit Back With 3 Goals In 5 Minutes To Floor... 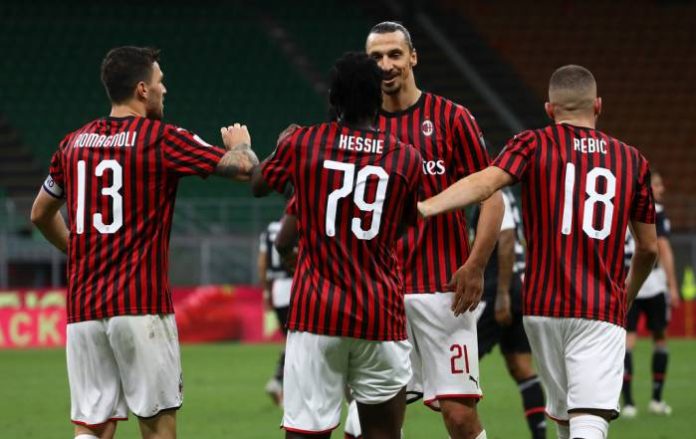 AC Milan scored three times in five astonishing second half minutes as they hit back from two goals down to beat visiting Serie A leaders Juventus 4-2 on Tuesday.

The result means these were the first points dropped by the Turin side since the season restarted last month.

Juventus appeared to be cruising to another win when Adrien Rabiot put them ahead with a solo goal two minutes after the break.

Cristiano Ronaldo added a second with a typical effort, his 26th league goal of the season.

But Juventus collapsed after Zlatan Ibrahimovic pulled one back with a penalty kick in the 62nd minute.

Franck Kessie equalised four minutes later and Rafael Leao put them ahead one minute after that, before Ante Rebic completed the scoring in the 80th minute.

In spite of the defeat, Juve on 75 points stayed seven points clear with seven matches to play after second-placed Lazio earlier lost 2-1 at lowly Lecce.

AC Milan climbed to fifth with 49 points, although they are still 14 points adrift of the top four.(Reuters/NAN)