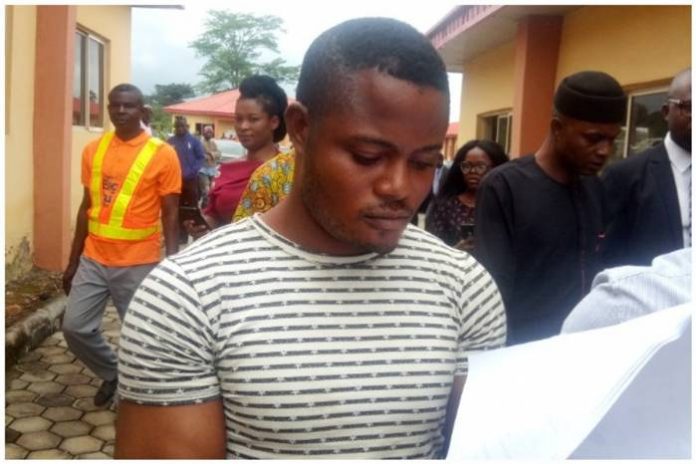 Sunday Awolola, the soldier who allegedly raped a female student of Adekunle Ajasin University, Akungba Akoko, Ondo State, told a magistrate’s court in Akure that he has psychiatric disorder.

Awolola, through his counsel, Kayode Ikotun, said the army transferred him to Akure from Maiduguri, the Borno State capital, to take care of his health and family.

Ikotun pleaded that the suspect, whose wife was recently delivered of a child, should be granted bail.

He had filed a counter-affidavit to an application by Adeoye Adesegun, the prosecutor, who had demanded that the suspect be remanded in prison for the police to gather more facts.

Adesegun objected to the position of Ikotun and immediately told the court that it had no jurisdiction to hear the rape case.

The magistrate, Mayowa Olanipekun, thereafter ordered that the soldier should be remanded at the Olokuta Maximum Prison in Akure, pending legal advice from the ministry of justice.

Olanipekun also ordered that the original case file of the suspect should be duplicated in the office of Department of Public Prosecution of the ministry.

He then adjourned the case till November 15.