Home News Headline News $9.6bn Judgment: It Is Wrong, Unfortunate For Any Sane Person To Blame... 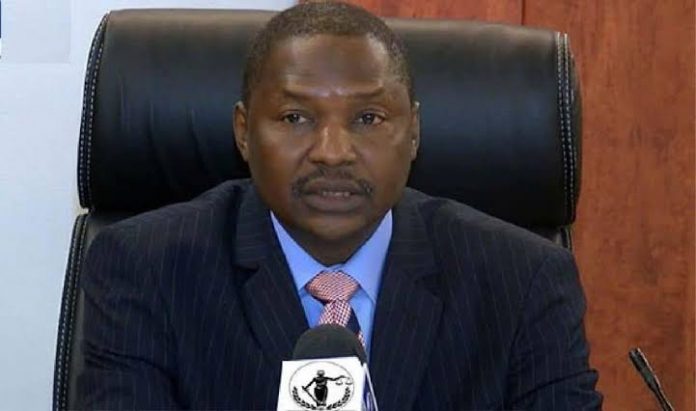 The Attorney-General of the Federation, Abubakar Malami, SAN, on Saturday insisted he was not in any way at fault with regards to the $9.6bn judgment against Nigeria by an English court.

Reacting to a statement credited to P&ID that he was responsible for the delay that culminated in the award of $9.6bn penalty, Malami wondered how any sane person could reach such a conclusion.

He said although the contract and the award of the UK court of arbitration were before his tenure as the AGF, he engaged local and international lawyers to defend Nigeria’s interest immediately the award was brought to his knowledge.

Apart from enlisting the services of the lawyers, the Minister of Justice also disclosed that as far back as June 2017, he wrote relevant security agencies in Nigeria to investigate the criminal conspiracy and economic sabotage occasioned by the contract.

“The records are there for any sane persons to see and judge if indeed Malami or indeed the Buhari government can be held responsible for an act that had been completed five years before we came into office.

“The contract in question was a 2010 agreement signed five years before I came into office while the award by the United Kingdom Court of Arbitration was in June 2014, one year before I was appointed Minister of Justice by President Muhammadu Buhari.

“As a responsible and responsive public officer keen on protecting the interest of Nigeria, I took steps to engage local and international lawyers to defend Nigeria’s interest once the stupendous award was brought to my knowledge as the chief law officer of the federation.

“Among the prominent lawyers we engaged to pursue Nigeria’s interest in the UK court were Chief Bola Ayorinde, SAN, and Curtis Mallet-Prevost, Colt & Mosle, who did their best to defend our interest.

“Above all, as far back as June 2017, I wrote a series of letters to relevant security agencies in Nigeria to investigate the criminal conspiracy and economic sabotage occasioned by the GSPA contract.

“In addition, I also took appropriate steps to intimate relevant government institutions of developments as they unfolded regarding this matter and engaged in probable out of court settlement negotiations.

“It is therefore wrong and unfortunate for any sane person to insinuate or imply that AGF Malami is culpable in any way regarding the award of $9.6bn against Nigeria by an English court when it is clear that I had no hand whatsoever in the planning, signing and implementation of the so-called gas supply and processing contract in 2010, the minister said.