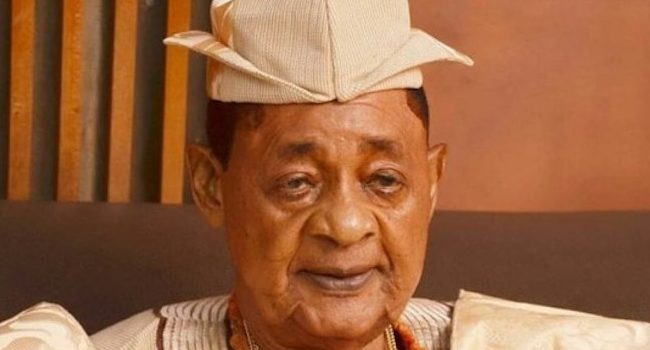 The Alaafin of Oyo, Oba Lamidi Adeyemi, on Thursday said the 8th National Assembly, NASS, failed to confirm Mr. Ibrahim Magu as substantive Chairman of the Economic and Financial Crimes Commission, EFCC, to cover the skeletons in their cupboards.

Adeyemi stated this while receiving a delegation of EFCC, Ibadan Zonal Office, led by the Head, Mr. Friday Ebelo, in his palace.

According to the monarch; “The Eighth National Assembly tried; they did everything possible not to get Magu appointed. Why? It was because they had skeletons in their cupboards.”

While acknowledging the effectiveness of the anti-graft agency under the leadership of Magu, which he said was evident in the recent stories of recovered stolen funds in local and foreign currencies, Adeyemi solicited the corporation of Nigerians for the agency to do better.

“We must encourage you; we must support you and cooperate with you; otherwise, corruption will kill Nigeria.

“The fear of EFCC is leading some looters to several parts of the world. But you are after them. You are getting them. There is no hiding place for them.

“Through you, I want to commend Ibrahim Magu for a job well done,” he said.

The royal father called on his fellow traditional rulers across the country to promote the culture and tradition of the people especially honesty and hard work.

He explained that the institution of Alaafin was one dedicated to service to the people, noting that an installed Alaafin had no private life.

“Once an Alaafin is appointed, he has very little private life of his own. He must live to serve the people. Omoluabi, the core values of Yoruba, is ingrained in this institution.

“It is our duty, as traditional rulers, to ensure that we teach our children the values and ethics of our system right from their young age so that they can imbibe them,” he said.

Earlier, Ebelo told the monarch that the team was in his palace to solicit the support of the traditional institution in the fight against corruption.

He said that the visit was initiated by the EFCC Chairman towards getting the message down to the grassroots in a more effective manner.

“The EFCC, Ibadan zonal office, is visiting the Alaafin of Oyo on behalf of EFCC acting Chairman, Ibrahim Magu, to rally the traditional institution’s support in the fight against corruption and other issues cropping up in recent times.

“We now have cyber crimes and internet-related frauds in recent times which largely involved the youth.

“It is our duty to work hard and ensure a society where we will be proud of our young ones. This is the kind of the enlightenment campaign the EFCC is embarking on aggressively.

“It is a fight that belongs to all of us. We are just in the forefront and we are privileged to be. We are the foot soldiers,” he said.