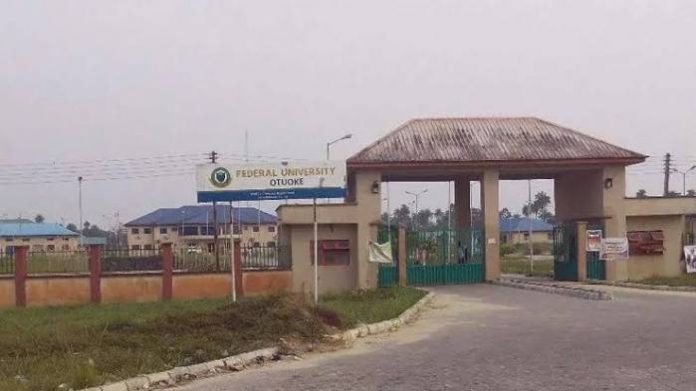 The Federal University, Otuoke, FUO, Bayelsa State, will, on Sept. 21, hold its maiden convocation ceremony for 1,121 graduands, with 72 of them in First Class category.

Prof. Seth Accra-Jaja, the Vice-Chancellor of the university, who disclosed this at a news conference on Thursday at Utuoke, said that the event was part of the activities marking the maiden convocation ceremony of the institution.

“The ceremony would be a combined convocation of students who graduated during the last three academic sessions of the university,” he said.

The vice chancellor said that the convocation was delayed because of the death of the Chancellor of the institution in 2015.

“After we scaled through the huddle of having a new Chancellor, other issues like industrial action by members of staff also contributed to the delay,” he explained.

Accra-Jaja said that the graduating students were drawn from 28 programmes under the Faculties of Humanities, Social Sciences, Education, Engineering and Management Sciences.

He said that since his assumption of office, 16 programmes had been introduced and approved by the National Universities Commission, NUC, with the aim of making the university a world-class institution in academics, research and development.

“Students and lecturers now take class attendance and other academic work seriously due to the stringent measures put in place as well as the cordial relationship that exists between them in the university,” he stated.

The News Agency of Nigeria, NAN, reports that the institution was among the nine universities established in 2011 by former President Goodluck Jonathan.
NAN