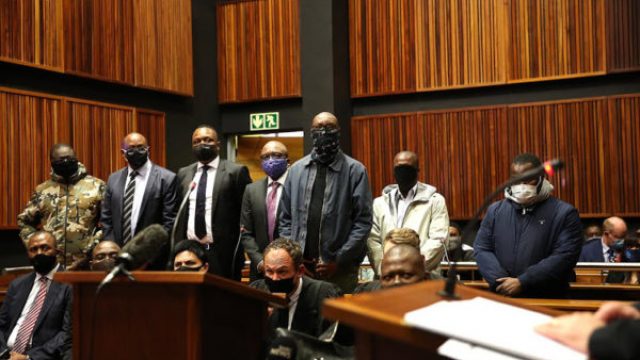 The Police said the suspects were arrested in an early-dawn raid at various places in Gauteng and Limpopo Provinces as they “continue to rid the country of corruption and corrupt activities.”

Those arrested will be answering to a combined 188 counts of charges, which include theft, fraud, corruption, money laundering and racketeering, the Directorate for Priority Crime Investigation (Hawks) said in a press release.

READ ALSO: Delta Women Happy Over Emergence Of 17 Others As LG Vice Chairmen

“Now that the attendance of a suspected organised criminal group is secured in court, attention needs to be given to those who contributed to the looting from various municipalities and undue beneficiaries,’’ said National Head of the Hawks, Godfrey Lebeya.

The VBS institution collapsed in 2018 after its reserves were plundered by greedy executives, leaving thousands of customers in financial troubles. (Xinhua/NAN)