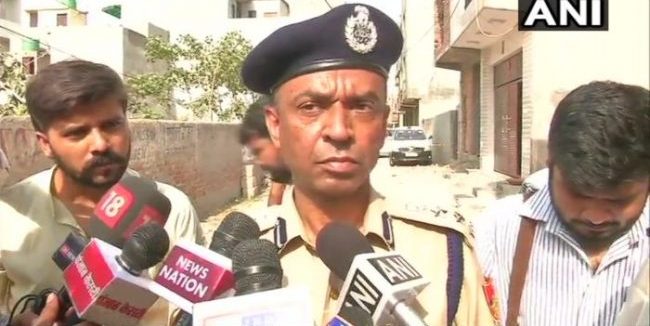 India’s The Hindu newspaper has reported the death of three Nigerians in a rented accommodation in Uttam Nagar area of New Delhi.

The Nigerians were found dead on Friday, with the police recovering bottles of alcohol and soft drinks from the spot.

The Times of India said all the three men were found frothing in the mouth.

Deputy Commissioner of Police (Dwarka) Shibesh Singh said the deceased have been identified as David Christopher, Greece Ben, and David (I), all in their 30s.

While Greece used to live on the third floor of the rented accommodation, David used to reside on the second.

David (I) had rented a house nearby but used to visit the two often.

The bodies were found on the third floor of the rented accommodation.

The police received a PCR call around 12.30 p.m. from the landlord of the deceased stating that a foul smell was emanating from the house.

“The whole building is inhabited by people from African countries. There is a common kitchen near floor three. A resident of the building passed by and knocked on the door because of the smell, but no one opened. He then called the landlord, who called the police,” the DCP said.

When the police broke open the door, they found the bodies of David and Greece in one room and David (I)’s body in another room.

“One of the three bodies was in a state of decomposition. There were no strangulation marks or any other external injuries on the bodies,” Mr. Singh said.

The police have shifted the bodies to Deen Dayal Upadhyay Hospital for post-mortem to ascertain the cause of death.