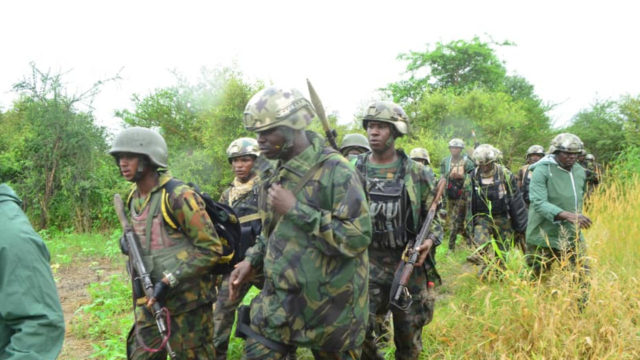 The suspects were arrested after the troops raided their hideout following an attack on some persons in Dyom village near Senga community in Katsina-Ala Local Government Area of the state.

A source from the area, who did not want to be named, told journalists that the armed militia who have been reportedly terrorising the Sankera axis had continued their trade several months after the death of their leader.

It was, however, gathered that two of the armed bandits were arrested by men of the OPWS, who swiftly stormed the scene before the attackers could leave the scene.

The OPWS troops were also said to have recovered weapons including one AK47, ammunition and one locally made riffle from the armed bandits who reportedly dressed in military camouflage.

Addressing journalists on the attack on Sunday, Security Adviser to Governor Samuel Ortom, Lt. Col. Paul Hemba (rtd), said the timely intervention of the OPWS troops averted what would have been a major bloodbath in the community.

He said the bandits had suddenly stormed the village and started shooting sporadically while also burning down houses.

“These were armed men in military camouflage said to be loyalists of the late Gana. They stormed the area, shot and killed three persons and also burnt down houses in the community.

“Luckily, while this was going on, information reached personnel of Operation Whirl Stroke (OPWS) who stormed the area and apprehended two of the armed men and also recovered their weapons which included live ammunition and an AK47 riffle including a locally made gun,” he said.

When contacted, the Police Public Relations Officer, (PPRO), DSP Catherine Anene said she had not received details of the incident yet.

The Next Edition recalls that the State Security Council had banned the use of motorcycles in Katsina-Ala and Ukum LGAs, after which they also imposed a dusk-to-dawn curfew in the area, last week, to check the increasing cases of banditry, kidnapping and armed robbery as well as general insecurity. 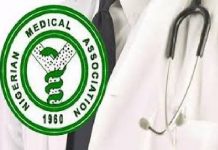 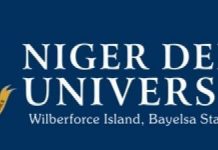 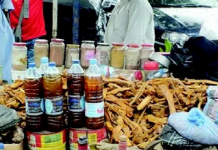 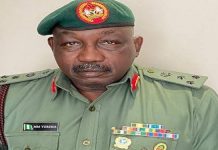 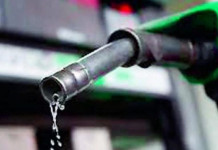