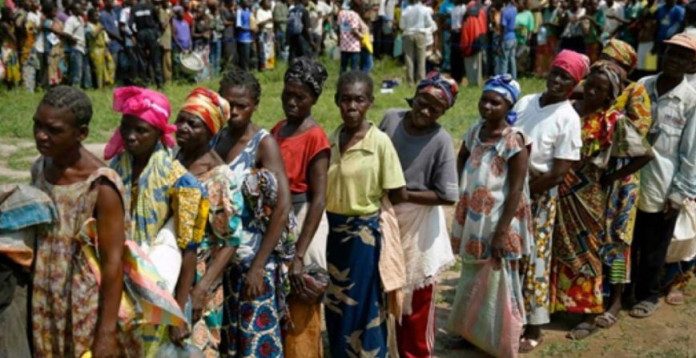 Yekeini stated this on Monday in Mbabai, Guma Local Government area of Benue when he led journalists to most villages affected by recent farmers/herdsmen clashes in the area.

NAN reports that Yekini is the Force Commander, Operation Whirl Stroke (OPWS) in charge of Benue, Nasarawa and Taraba states.

He further said that OPWS together with Operation 777 recovered over 20 assorted weapons, hundreds of ammunition, arrested and handed over 100 criminals and have virtually crippled all militia groups within the three states.

Yekini further reaffirmed the commitment and mandate of OPWS which he said was for the safe return of all IDPs to their homes and to ensure that all criminal elements and bandits were flushed out of the states.

Speaking to Newsmen at Umenge, Abugh Ajir the District Head of Mbadwen, commended the Federal Government for ensuring their safe return to their respective homes.

Ajir said they were now enjoying relative peace as some of his subjects were already harvesting their farm produce.

He, however, appealed to the federal government to rebuild some of the bridges that were destroyed during the crisis to enable his people fully return to their homes and improve the security of the area.

“Many of my people have returned to their various places, some are already harvesting their farm produce and eating same.

“But we have a problem, there are still some areas that my people are yet to access not because of the presence of herders but largely because of lack of access roads as most of the bridges were destroyed during the crisis,” he said.

Speaking to the News Agency of Nigeria (NAN) in Keana local government, Mrs Kafishat Yahaya said peace has returned to their town after the protracted crisis.

Mrs Yahaya admitted that both the Fulanis, Okoro and Tiv people are now living happily in the town, adding that some herdsmen were still living in few areas in the bushes but not causing problem.

Also speaking to NAN, Mrs Sarah Ubur, an IDP, said she was tired of staying at the camp, disclosing further that they were dying of hunger and cold at the camps.

Ubur said that their greatest challenge was shelter and how to restart life following the destruction of all their property in the crisis.

Yekini also visited some of his troops at Sector 1 Giza, Keana Local Government of Nasarawa.

NAN reports that villages such as Mbabai, Mbadwen, Umenge, Yogbo all in Guma local government area of Benue, do not have access roads thereby making them vulnerable to attacks.

NAN further reports that socioeconomic activities have picked up in all the villages visited with residents going about their normal life.