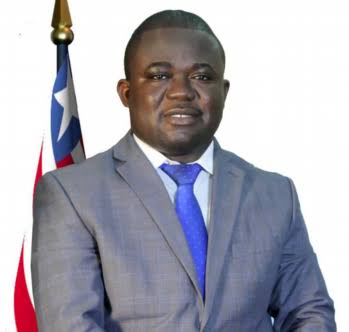 Ahead of Liberia’s Presidential and Legislative elections in 2023, Mr. Jawarlah Tonpo, Liberia’s Deputy Minister, Press and Public Affairs, has urged security agencies in the country to redouble their efforts at containing the circulation of Small Arms and Light Weapons.

Tonpo made the call on Monday, in Monrovia, while delivering an address at the opening of a 5- day in-country training in Physical Security and Stockpile Management (PSSM) for state security personnel.

The address, which was made available to the News Agency of Nigeria (NAN), called for the message to be extended to other countries of the ECOWAS Sub-region, including Nigeria, that is also scheduled for a general elections in 2023.

He noted that the call was important, considering the recent political instabilities in some member states which oftentimes begin with electoral violence.

Tonpo who represented Liberia’s Minister of Information, Lederghood Rennie, at the event, said President George Weah remained committed to securing lives and properties of citizens, a commitment which birthed the training for the security personnel.

He also commended ECOWAS institutions, in partnership with the Bonn International Centre for Conversion (BICC), for their foresight and, more importantly, the support to the strengthening of Liberia’s peace and security.

“The training could not have come at a better time than now. As you assemble here today to begin this in-country training in Physical Security and Stockpile Management (PSSM) for state security personnel, you have made no mistake.

“I urge all teams to be up at their games, especially, as the 2023 Presidential and legislative elections beckons. As we draw closer to the 2023 legislative and Presidential elections, there are visible early warning signs that your commission must not overlook.

“The government trusts you and your team’s ability to back up the effort of the security sector by making sure the illegal handling of small arms and light weapons are uncompromisingly dealt with.

“Your vigilance and restless pursuit of would-be trouble makers, illegally in possession of small arms, must not be taken lightly as you strive to make our society a safe and peaceful place.

“On behalf of the Government of Liberia, special thanks to the German Federal Foreign Office (GFFO) for funding this training.

“Liberia will always remain grateful to ECOWAS and our international partners for their support. You have always stood by us and I need not refresh our minds regarding your role played during the dark days of Liberia’s history,” Tonpo said.

Tonpo underscored the importance of the PSSM program which, he explained, could help prevent tragedies, by keeping ammunition and weapons in safe and secure storage areas.

He added that it was also important that governments emphasize that the lack of adequate and effective training for state security personnel could have devastating effects and be a recipe for problems, thereby causing a setback to peace and security in our sub-region.

Tonpo assured that the Government of Liberia was in full support of this initiative; an initiative that will enhance the technical knowhow of our security to safeguard government’s stockpiles from falling in the wrong hands or getting diverted into the black market.

NAN reports that the 5-day capacity building and training seeks to improve Liberia’s national ability to prevent the proliferation of Small Arms and Light Weapons as well as reduce the possibility of them falling into the wrong hands. (NAN)