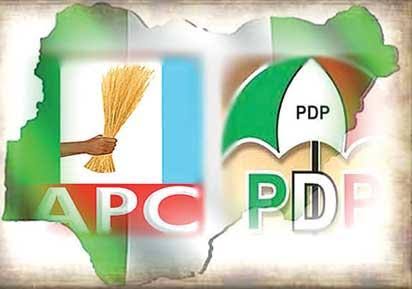 The Campaign for Constitutionalism and Human Rights (CCHR) says it is unconstitutional for political parties in Nigeria to charge aspirants for nomination and expression of interest forms.

The Publicity Secretary of CCHR, Mr. Adebukola Yussuf, said this in a statement on Monday in Lagos.

Yussuf said it was discrimination against Nigerians for political parties to charge for nomination and expression of interest forms to run for elective posts.

He noted that the late human rights activist, Chief Gani Fawehinmi (SAN), got an injunction against the Independent National Electoral Commission for charging candidates fees to run elections.

He said since then, INEC had stopped collecting fees from candidates of political parties to run elections.

“If INEC does not charge fees to run for elections, why should political parties be charging fees and ridiculous fees at that?

“How much is minimum wage in Nigeria? How much is the total legitimate emoluments of elected political office holders in four years that parties are asking for millions to purchase nomination and expression of interest forms?

“Court gave judgement against INEC as not to disenfranchise Nigerians from aspiring to run the affairs of Nigeria at any level by asking candidates to pay fees to serve their country,” Yussuf said.

According to him, the 1999 Constitution of the Federal Republic of Nigeria as amended frowns at discrimination against Nigerians.

He argued that political parties were discriminating against toiling and honest Nigerians, who were earning legitimate income, that were capable of changing the narratives about Nigeria for better if given the opportunity.

“Political parties ought to rely on monthly or annual subscription of members and voluntary donation to raise funds and not taxing aspirants to pay for forms.

“All political parties are guilty of this. Payment for nomination forms is an indirect way of shutting the doors against those who have the interest of the country at hearts.

“Discrimination is also against some members of all political parties by asking for different amount of money to buy forms for elections.

“It must also be stressed that those parties charging outrageous fees for members to run for elections are not for the development of the country nor improved welfare of the masses,” he said.

Yussuf said that the political parties’ outrageous fees for forms would encourage corruption and stealing when such aspirants got to power.

“INEC ought to have stopped sale of nomination forms and forms of intent by political parties and this should have been in electoral Act.

“It is time for Nigerians to rise up to stop sale of nomination forms and forms of intent by political parties.

“All Nigerians are entitled to seek for any political office in Nigeria, hence political parties have to be stopped from charging fees to run for elections,” Yussuf said.

The All Progressives Congress (APC) has pegged its presidential nomination and expression of interest forms at N100 million while the main opposition party, Peoples Democratic Party (PDP), pegged its own at N40 million. (NAN)