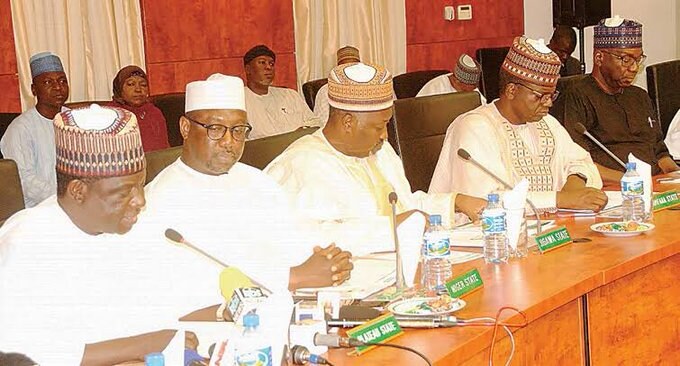 The pan-Yoruba socio-cultural organisation, Coalition of Oodua Self Determination Groups (COSEG), has said that the plot by some northern politicians and elders to retain power in the Northern region beyond 2023, is dangerous.

The group, however, advised the ruling All Progressives Congress (APC) not to jettison the idea of zoning, maintaining that such a position would rock the boat and create tension across the country.

COSEG, in a statement issued in Lagos over the weekend, signed by its Chairman and Publicity Secretary, Dayo Ogunlana and Dele Daramola respectively, warned that presidency must shift to the South-West by 2023, or key players in the North scheming to retain power and their political party would lose the 2023 election.

“We are not unaware of the various schemes going on to deny the South the 2023 presidency as a result of the inevitability of zoning. We must sound it clear that South West will not vote for any party that refuses to ensure zoning of the presidency to its zone.

“The rotation of presidency between the North and the South was made and accepted to create and instill confidence in Nigeria, but if the North that prides itself as the owner of Nigeria tries to perpetuate presidency in the North, and arrogantly scheming to make this happen, will be surprised not by the level of resistance, but by the consequences of their actions. We shall not tolerate unfairness and dishonourable act,” the statement read in part.

COSEG also called on the leadership of all political parties in Nigeria to be wary of “greedy and selfish political leaders among them who will do anything to destroy the peace and the little unity we crave to have, because of their interests.

“Whoever wants to sacrifice fairness and justice indirectly plans to promote disunity, suspicion and violence. The slogan of one Nigeria is best promoted if the political players adhere strictly to the agreed zoning of presidency, which has been there for a long time.

“President Muhammadu Buhari gained from this and must not support any of his associates scheming to destroy the zoning agreement. So many people, including our group that worked for his election, will be highly disappointed if he does not stop the endless and wicked scheming of his allies and associates who has been arrogantly scheming to ensure a Northern president by 2023.

“This is a dangerous trend that will be vehemently resisted by the Yoruba people. Despite our continuous silence on the divide and rule being promoted in the south by these people, they should not take our silence as cowards or dull people.

“We intentionally looked away because we know what our people will do when we are about to cross the river. We will allow the power mongers continue their game until the day of reckoning.

“We also want to vehemently warn all Yoruba political jobbers who cannot only kill Yoruba race interests but can also kill their parents because of pot of porridge, to be ready for a serious fight and backlash as betrayer of our interest on the 2023 presidency will not be tolerated.

“They should be impressing it on their benefactors that the Yorubas are wise and that the divide and rule system is an outdated scheme that will not do them good,” the statement added.