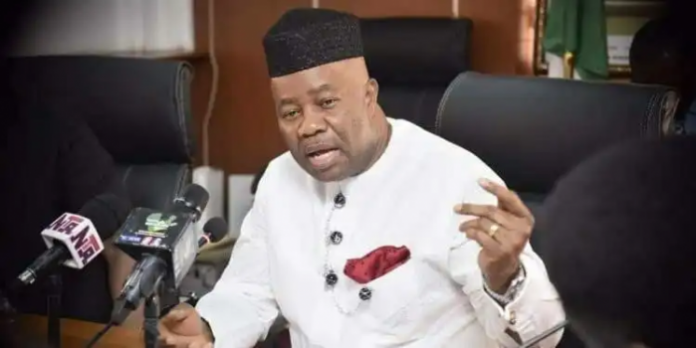 Minister, Niger Delta Affairs, Senator Godswill Akpabio, on Thursday kept Journalists guessing on his rumoured interest for the presidency in 2023.

Akpabio, who was on a courtesy call on the National Chairman of the All Progressives Congress (APC), Senator Abdullahi Adamu, told journalists after a closed door meeting with the chairman that, “I came to congratulate the chairman and other members of the National Working Committee (NWC), on their emergence as national officers of our party and to wish them well on their new assignment for our party.”

Akpabio, who also thanked the new leadership for upholding the rule of law on the chairmanship tussle in the Akwa Ibom State chapter of the party, said that Nigerians still believe in the APC and would want the party to continue in office even beyond 2023.

When asked if he was interested in contesting for the office of the president in 2023 as being rumoured all over the country, Akpabio said, “Do you want me to run?” Contrary to media reports that he had denied interest in the race.

His response has continued to fuel speculations within the polity on his rumoured presidential ambition.