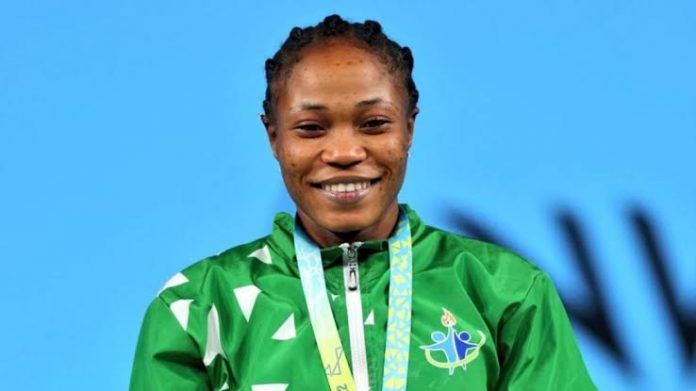 Weightlifter Adijat Olarinoye beat others in the women’s 55kg category to win the first gold for Nigeria at the 2022 Commonwealth Games and set a new Games record on Saturday.

Olarinoye lifted 92kg in snatch and 111kg in clean and jerk, making 203kg in total to set a new Games record in the category.

Olarinoye’s teammate, Stella Kingsley, was however not so lucky as she finished fourth in the 49kg event. 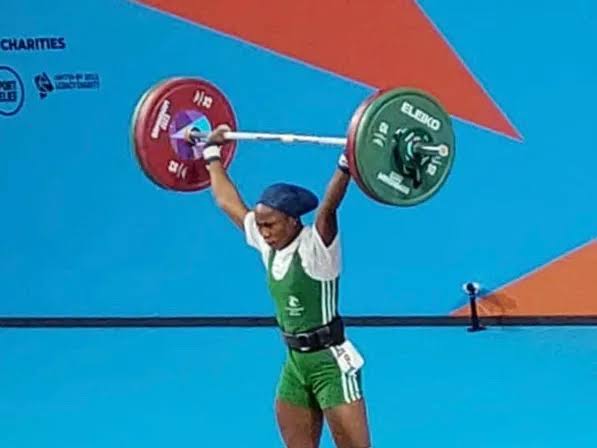 READ ALSO: Police Arrest One Person Over Clash At Oyingbo In Lagos

Canada’s Hannah Kaminski picked the bronze medal with a lift of 171kg, after Chanu Mirabai of India won gold with 201kg and Marie Ranaivosoa of Mauritius won silver with 172kg.

In the men’s 61kg category, Emmanuel Appah finished out of the medals range.