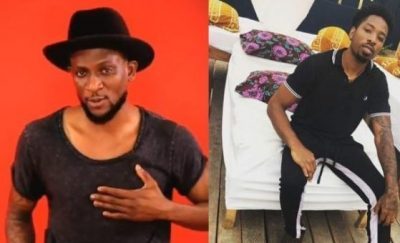 Big Brother has issued one strike each to Omashola and Ike for violating the house rules.

The strike came Sunday before the live eviction show as a result of what Big Brother described as non-compliance with house rules and gross misconduct on the part of the duo.

The housemates were shown video clips of what transpired last night after the Saturday party. In the video, Omashola and Ike who claimed their coins were stolen did not hide their annoyance as they cursed, swore and threatened fire and brimstones – if their coins were not returned.

Big Brother warned housemates to desist from conducts or behaviour that would lead to violence in the Big Brother house, adding that there were no favourites as all members of the “Pepper Dem Gang” would be treated equally.

In addition, he advised housemates to respect the house rules and abide with them going forward.

PDP Calls For Reduction Of Petrol Pump Price to N90

8 Strains Of The Coronavirus Circling The Globe – scientists