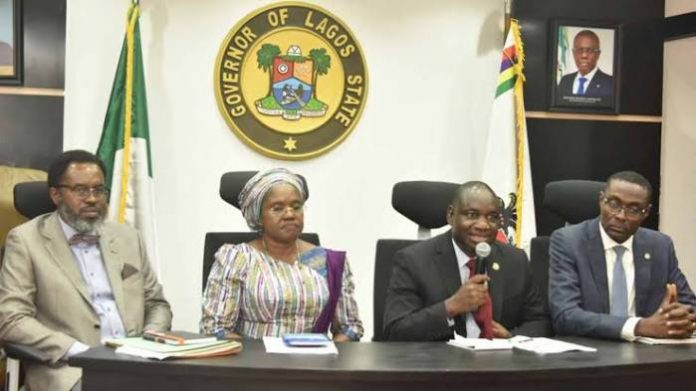 The Lagos State Government says no fewer than 10,000 farmers are to benefit from the World Bank-assisted Agro-processing, Productivity Enhancement and Livelihood Improvement Support Project (APPEALS) in the state.

The State Commissioner for Agriculture, Mr. Gbolahan Lawal stated this during the 2020 Ministerial press briefing of the Ministry of Agriculture to commemorate one year anniversary of Gov. Babajide Sanwo-Olu’s administration.

Lawal said the project was designed to build capacities of actors in the rice, aquaculture and poultry value chains toward large scale production and processing of rice, eggs, poultry and fish in the state.

“We expect no fewer than 35 per cent of the beneficiaries to be women, 10 per cent would go to people with disabilities (PWD) and the rest 55 per cent to youths.

“A total of 1,700 women and youths with interest in farming and agro-processing have been selected for the training and empowerment under the programme, while 759 youths between September 2019 and April 2020 have been trained and prepared to be empowered with agricultural inputs in rice, poultry and aquaculture value chains,” he said.

Lawal also said the state government, through the ministry, had recruited 1,253 farmers and five aggregates to supply the food items at farm gate price under Home Grown School Feeding Programme in the state.

He said 51 foodstuff collection centres had been identified across the state, while 1,238 food vendors had been recruited and trained for the project.

The Commissioner said the Home Grown School Feeding Programme is a strategic approach to provide meals to 167,775 pupils in 1,014 public primary schools throughout the state.

He said the programme was being implemented by the Ministry of Education with support from the ministry of agriculture, with farmers and aggregators.

Lawal disclosed that the ministry had also trained the farmers on hygiene and wholesomeness of the food materials being supplied.

“The objectives of the programme include to increase the school enrolment rate of primary school children in the state, improve their nutritional and health status, and stimulate local agricultural production.

“Others are to boost the income of farmers through the creation of a ready and viable market, and provide job opportunities for our women, thereby improving the family and local economy,” he said.

He said no fewer than 1,750 households were empowered with agricultural productive assets and inputs in 2019 edition of the project.

Lawal said since inception of this project in 2014, a total of 9,483 farmers, fishermen, processors and marketers had been empowered.

He disclosed that the state government also empowered 40 youth fish farmers in the fish cage culture system in Afowo Community in Badagry with 40 cages of 1,000 juvenile catfish per cage under the Cage Culture Project.

According to him, the cage culture system of fish farming was one of the ways to maximise the benefits of the abundance of water resources in the state to develop aquaculture system of rearing fish to improve nutrition.

The system, he said is an environmental friendly way of increasing fish supply in the state, increasing foreign exchange which was spent on fish importation and creating employment opportunities both directly and indirectly.

The News Agency of Nigeria (NAN) reports that during the year under review, 70,000 bags of 50 kg of Lake Rice were sold.

“Under the Lagos Agripreneurship Programme (LAP) and its Agriculture-based Youth Empowerment Scheme (Agric-Yes) 15,000 youths and women would be trained in the various agricultural value chains by year 2023.

“The programme is a one-month training of 200 participants aimed at improving capacity, creating wealth and employment in the agricultural value chains such as poultry, piggery, aquaculture and vegetables,” he said.