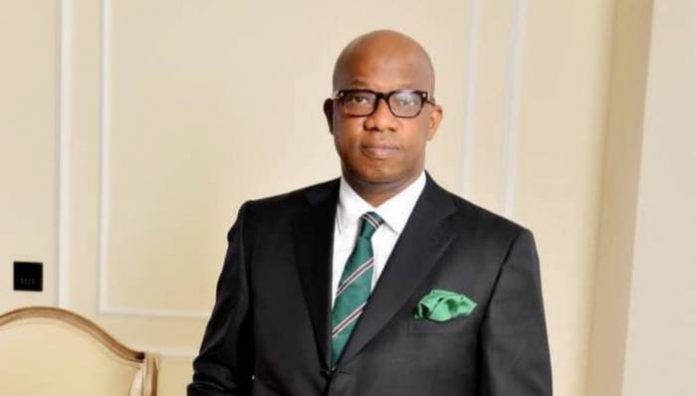 Prince Dapo Abiodun, the Ogun State governor, has said that the government will pull down houses where kidnappers are found and their certificates of occupancy revoked.

The governor assured that with the inauguration of the reinvigorated security trust fund, the full architecture for internal safety of lives and property had fully been put in place.

Abiodun, who spoke at the inauguration of the ‘reinvigorated’ Ogun State Security Trust Fund on Saturday, said he has fulfilled yet another promise to provide good governance to the people

“Ogun State will never be a home for criminals, whether big or small. For such people, hell will be a child’s play. We will smoke them out, arrest them and hand them over to the swift hand of justice.

“And, for anybody, landlords or tenants, this is a very strong note of warning. Any property found to be serving as hideouts to criminals will not only be taken over by government, but such facility will also be demolished. Whoever is found to be harbouring such criminals will be arrested and handed over for prosecution,” the governor said.

Abiodun called on traditional rulers, community development associations, civil society organisations, business owners and the entire citizenry to cooperate with the government and security agencies to curb crimes in the society.

He also urged unemployed persons to embrace opportunities for jobs offered through the jobs portals recently launched in the state.

The programmes, he said, were clear demonstration of the government’s unreserved commitment towards ensuring that the people had good life and pursue their legitimate business in a secured environment.

“The aim of these security trust fund is to have the private sector support the government in addressing various security challenges facing our dear state, these new and reinvigorated trust fund will be responsible for sourcing and efficiently deploying the resources towards achieving a safe and secured environment,” the governor said.

“It is our sincere belief that with this trust fund, our security will be further strengthened to provide a more secured environment where our people will live a more prosperous life,” he said.

He noted that the new security trust fund would be responsible for sourcing and efficiently deploying the resources towards achieving a safe and secured environment, adding that it would be uncharitable to believe that the state could single handedly provide all the funds that would be needed to ensure the security of lives and property.

The governor said the inauguration of the security trust fund was another approach towards giving the people, individuals and corporate organisations a window of opportunity to contribute towards the overall development of the state, adding that the people should have at the back of their mind that resources given towards actualising a sound security network would be prudently used by the team set up to manage the states security trust fund.

Abiodun further urged the committee to mobilise funding and resources in cash or kind from the public private, corporate, institutional or all other sources and to manage those resources in a transparent and accountable manner for the purpose of public security in the state, reserve part of the fund for the training and retraining of security personnel in the state.

In his response, the chairman of the Ogun State Security Trust Fund, Mr. Bolaji Balogun acknowledged the effort of the state governor, to have a secured state, describing him as a man of history, who came in as governor at the right moment.

Balogun disclosed that the Security Trust Fund Committee would work hard and would not disappoint the state, adding that the activities of the state’s security trust fund would be transparently done.