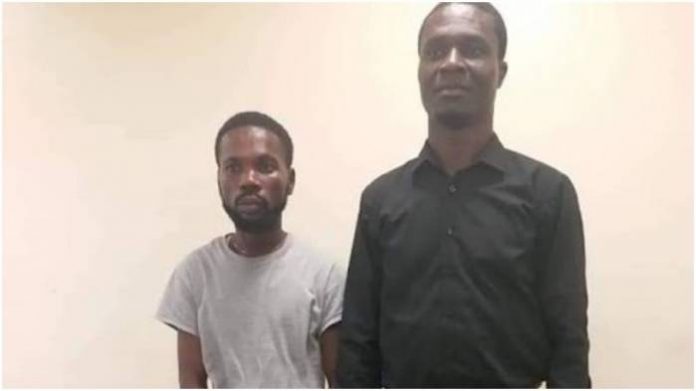 Operatives of the National Drug Law Enforcement Agency have arrested a suspected drug dealer, Stephen Ikeanyionwu, who was declared wanted for allegedly attempting to export 69 kilograms of cocaine, heroin and cannabis to the United Kingdom through the NAHCO export shed of the Murtala Muhammed International Airport at Ikeja, Lagos.

A statement on Sunday by the NDLEA Director, Media and Advocacy, Femi Babafemi, said the suspect was traced to a popular Pentecostal church on Mike Ajari Street, Ojodu Berger, Ikeja, Lagos, on Sunday, August 15, 2021, when he was arrested soon after he stepped out of the service.

According to the NDLEA, the arrest followed the interception of a consignment of illicit drugs weighing 69.65kg going to the UK through the Lagos airport on Thursday, August 12, 2021.

“The illegal baggage had been sent to the airport for export through a freight forwarding company, which in turn gave a driver to deliver at the NAHCO export shed. Following the arrest of the driver, follow up operations and investigations later revealed the true identity of the actual owner of the consignment, Stephen Afam Ikeanyionwu, who was arrested three days later in a sting operation,” Babafemi said.

Also at the Lagos airport, NDLEA operatives reportedly arrested an Italy-bound passenger, Abibu Miminu, during the outward clearance of passengers on an Ethiopian Airways flight to Italy via Addis-Ababa for allegedly ingesting illicit drugs.

While under observation at the agency’s facility between Saturday, August 14, and Sunday, August 15, 2021, the trafficker reportedly excreted 68 wraps of heroin in three excretions, all weighing 800grams.

Meanwhile, a South Africa returnee, Obi Samuel, was also last Sunday arrested at the Lagos airport during the inward clearance of Ethiopian airlines from Addis-Ababa, for importing 58g of skunk into Nigeria.

During a preliminary interview, he reportedly admitted ownership and claimed to be a cannabis smoker.

The NDLEA said in a string of operations in Edo, Ondo, Kaduna, Kano and Kogi states, at least 2,504.8kg of diverse illicit drugs were seized from multiple suspects in the past week.