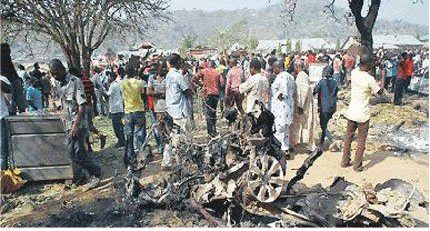 The Caretaker Committee Chairman of the Council, Mr. Daniel Adi, who confirmed the development in a telephone interview with the News Agency of Nigeria, NAN, in Jalingo, alleged that gunmen in Army camouflage attacked Rafinkada and set several houses ablaze.

He disclosed that a soldier injured in the attack is currently receiving treatment at an undisclosed hospital in Wukari.

He said that the deployment of soldiers to the area has brought the situation under control.

The Police Public Relations Officer, PPRO, of the state police command, DSP David Missal, also confirmed the incident, but said only one person was killed

“The report I have indicated that armed militia youth crossed from Benue State and attacked a community in Wukari LGA and one person was killed and some houses burnt,” the PPRO said.

NAN recalls that the crisis between the Jukun and Tiv ethnic groups especially on the border villages between Benue and Taraba States has lingered since March 2019.

The rift had claimed hundreds of lives and led to the destruction of several property worth billions of naira.