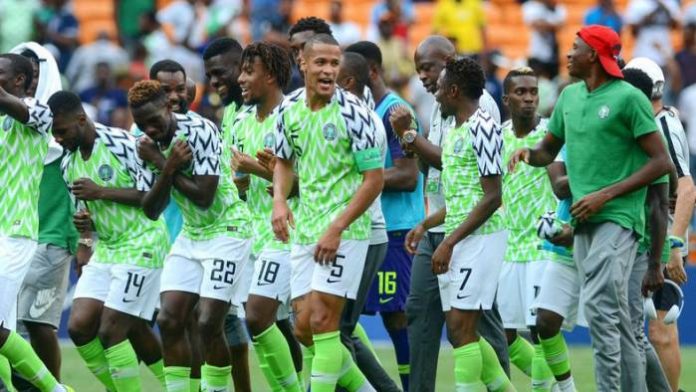 The minister gave the directive on Tuesday in Abuja at a meeting with NFF officials to review the Technical Report of the Nigeria/Sierra Leone AFCON Qualifiers and other matters.

Special Adviser to the minister, Mr. John Joshua-Akanji, who disclosed this in a statement, said the minister stressed the need to hold the Super Eagles Coach, Gernot Rohr, to the terms of his contract, especially on  performance and development of the game.

He said: “The recent dismal performance of the Super Eagles in their qualifiers against Sierra Leone has raised a few concerns and brought to fore,  the need to do a quick critique.

“The government, while concerned about the dismal performance and non discernible pattern of play and team harmony in the Super Eagles, is looking beyond the outcome of the Nigeria versus Sierra Leone matches and AFCON.

“We are looking at the present and future administration of football that speaks to the development of the front room and backroom.

“The NFF must tightly hold the Technical Adviser to the KPIs in his contract. Thus, we cannot wait for those conditions to come to life, before we tighten the screws or demand a higher or better performance, better technical depth, better player mix and team harmony and a functional national team.

“The Federal Government will ask the tough and relevant questions. The NFF should do the same. The right of Nigerians to ask of government and indeed NFF explanations for dismal performances and football administration cannot be simply characterised as interference.

“On our part, we will work to support the NFF but we will also demand for answers and changes too on behalf of Nigerians.

“CAF and FIFA, while we appreciate their working partnerships, are expected to support Nigeria in its quest to ensure an effectual football administration.

“Football is now both business and politics. A tool of diplomacy. Governments are more than interested in how its run. The FGN is interested even beyond that. Football is a source of national pride. A rallying point and promoter of peace and unity.

“Nigeria at this point must use the opportunity of the outcome of the Nigeria/Sierra Leone match to X-ray other factors beyond the technical adviser that must have contributed to the dismal performance.”

In his response, NFF President, Amaju Pinnick, while providing a background to what happened, assured the minister that football governing body would be more proactive going forward.

The statement quoted him as saying that a few changes and adjustments as discussed and suggested by the ministry would be put into motion.

He noted that some of the changes to the team would include a physical trainer, nutritionist, a psychologist and at least
two match readers.

Pinnick also noted the need to inject some home-based players into the team, picked from the professional league.

He posited that Rohr must watch weekly NPFL games and evolve a scientific template to benchmark the performance of the team.