Mr. Chimezie Judemary Udechukwu, is a Human Resource Practitioner with a Lagos based logistics and haulage firm and Brand Ambassador for Public Relations and strategy for Onome Akinlolu Majaro (OAM) Foundation. He holds a BS.c in Political Science and Masters in Peace and Conflict Resolution. He is a person with albinism and makes no bones about it. In this interview with Assistant Editor, CHINWE MADUAGWU, he talks about living with albinism.

TNE: What are your responsibilities as the PR and Strategy Ambassador for your NGO?

As Brand Ambassador for PR and Strategy for OAM Foundation, part of my job involves advising management and board with regards to the right PR campaign component for each of our programmes. The strategy part revolves around planning, and executing various projects. Hence, I sit in on strategic meetings, prepare briefs for projects and generally ensure that the organization is always represented in good light all times. These are asides other duties as assigned by management.

TNE: From when you started till date, would you say there’s been a change in perception? How accommodating have people been towards your NGO?

In October this year, we’ll be three as an organisation and I’ll say we have done well for ourselves as a young organisation. We have been accommodated. We have been received. We are standing on the “Beyond the Complexion” campaign and we have said to ourselves we don’t believe in pity party, we don’t need anyone’s pity. If you want to deal with us, we say do so based on our intellectual capabilities, if we are not suitable, let it be on that. Don’t do things for us because we are persons with albinism. If we can situate ourselves based on that, we can say yes anybody who listens to us, does so on the basis of what we can offer. There is a gradual acceptance.

I’m the 6th of seven children. My younger brother is also a person living with albinism. While growing up, my parents never treated us differently. When it was our turn to go and fetch water from the well, we’ll carry bucket on our head. I hawked as a young boy. Except my younger brother, from the eldest to me, we all hawked. From my Jss2 through my secondary school, I hawked after school. I was selling pap on Saturday mornings, in the afternoons I’ll sell yam, whatever was in season; yam, fruits, tomatoes, bread, name it, to help keep the family going. It was at that time that I sharpened my bargaining skills, my negotiation skills, my public speaking skills, my decision making skill, and my ability to endure. Both of my parents are late now, but I’m grateful to them for all the lessons they taught me. The fact that they never treated me differently or with ‘special tender care.’ If it was your turn to wash the plates, you will be asked to go and do so. My dad never missed an opportunity to spank. When we are playing and we hear that our dad was coming back, we would quickly run to go and wash our legs because at all times you must appear neat.

That’s why changing the narrative starts with family love. Show love to your child with albinism. Let the child grow up the way he or she should grow up. The scripture says, “train up a child the way he or she should grow, when she/he grows they will not depart from it. So treat them as every other child, equip them with the skills they need. When you do that, then, they can blend and be able to achieve. I played in the sun, I did stuff. These are some of the things we need to put in check and have balanced perception when it comes to albinism.

People see me and they are surprised to hear that I’m a human resource person, though my bosses did not look at my skin colour when I went for the interview. They were interested in what I was bringing to the table as I put them down in my CV. They questioned me based on that and what I have done. Based on my answers on those and what I believed I could add to the organisation, I was hired. That’s what we want to bring to the fore. Many person living with albinism are living in fear, they are cowed, restricted and reclusive. We are saying no! You can’t have an albino child and say ‘stay at home, don’t explore. ‘You can’t have an albino child and say don’t eat salt. You can’t have an albino child and say ‘ahh, you can’t get married.’ It’s wrong; we fall in love, we have human beings who love us for who we are. ‘

We get married and give birth to normal children: well, I mean dark-skinned children. We are normal, the only thing we don’t have is melanin, lack of pigmentation, but from every other angle, we can do whatever people with melanin and pigmentation can do. This is the major focus of our NGO and the “Beyond the Complexion” campaign. We are saying; look beyond our skin colour or complexion. Look into what we can offer, what we are bringing to the table. Engage us in discourse – when we are dealing with people, when we are strategising, what can we do?

TNE: You have said that persons with albinism don’t need special treatment but that doesn’t take away the fact that they must have special or peculiar challenges. What are some of these challenges and how can they be dealt with?

One of the challenges facing people with albinism is visual difficulty in seeing things form afar. I don’t use the word impairment because I don’t like it. Growing up then, even in primary school, I used to go to the board to copy my notes. At a point, I embraced dictation and it helped me with spelling at a tender age. Because of the ultra violet rays of the sun, a person with albinism is perceived to not function well under the sun, but it doesn’t mean that the sun is harmful to them. We need the sun to balance the body temperature.

Yes, there is that difficulty in seeing from afar. The question then is how do you deal with this, how do you curb it? One way is to introduce the child to colours at the initial growth stage. Let them see the bright colours, let them identify them – this is yellow, that is orange, lemon, purple etc. These are colours that are aberrations. So from the tender age they’re becoming accustomed to these colours and by the time they grow up, the colours would have registered in their head.

Also, an early visit to an Ophthalmologist to determine the strength of their eyes helps. There are some albinos who don’t wear glasses. I used to wear glasses but at some point, I told myself I could cope without them and I stopped. Though sometimes my colleagues will tell me to go and get glasses but I’m stubborn about it and I still function well. As a Catholic, I’m a lector in my parish and I read at Sunday Masses.

Again, it also has to do with the positive words that we share. What are the things parents tell their children? What do you tell them as a parent that they can do? Do you tell them they are capable of doing things or do you tell them to sit down and keep quiet? Growing up, I used to read newspapers with my dad and we would sit down and discuss politics. Eventually, I studied Political Science for my first degree and Peace and Conflict Resolution for my Masters. Some day, I hope to be a Ph.D holder.
It is important for parents to understand their children. Each person with albinism is different from the other, their challenges are peculiar to them so when you know the individual challenge, you can then know how best to handle it.

TNE: Have you ever, at any time faced discrimination because of your skin colour?

A lot of times. While growing up, some children used to sing this song ‘oyibo pepper, shuku, shuku, pepper, you go yellow more more.., for me. I had names. Even as an adult, I’ve faced discrimination. I had an encounter with a colleague sometime ago. She was really rude and I gave it back to her; I said to her ‘look at me beyond my colour. This is business, if what I’m saying is dumb or doesn’t sound right, then judge me on that.’ Don’t attack me based on my colour, attack me based on the quality of my submissions. Some people will see me and it’s ‘oyibo how na? Afin!! But because we have grown to not be hurt by these words, we let them pass. Sometimes, I sit them down and educate them.

Again, sometime in April, I was to anchor one of my friends wedding but the bride’s sister kept trying to be funny; she was always like ‘oyibo can you see, can you see?’ So I told her to give me her iPhone and I will drop it to the ground to demonstrate the strength of my eyesight and that I will give her money to buy another iPhone.
Everybody there was shocked and started apologising. People shouldn’t do that. So yes it comes but we look for more intelligent ways to diffuse it when it comes. Do you think legislation can quicken the integration of persons living with albinism into work places, by way of affirmative action – reserving a certain percentage in government establishments for people with albinism or would that be seen as pity?

There are continued discrimination of PWAs in different places and therefore, we need to reduce this trend. So yes I think legislation can improve the integration process of PWAs but the big question is, are we sincere with it? Since January 2017 The Bill to Establish the National Agency on Albinism and Hypo-Pigmentation has still not crossed the Committee stage. In the Bill, there is no provision for at least one Person with Albinism to be on the Board or even become DG. How can you shave my head in my absence? How can you propose a Bill on PWAs without involving them in the management of the Agency? I personally do not subscribe to pity parties and this is what it looks like.

TNE: You said earlier that you are dating someone you hope to marry. Is she a person living with albinism?

No, she’s not and my skin colour is not an issue for her.

TNE: Finally, as the world celebrates International Albinism Awareness Day, what’s your message to the people?

It’s simple; look beyond the complexion. People with albinism are human beings. They are among the most intelligent persons you can find around. To parents with children living with albinism; do not relegate them. Don’t think you have a curse of a child with you. These are persons that with the right care, nurturing and upbringing, they will become the best at what they do.
So, treat them right, show them love, give them a strong support system and they will turn out the best persons. 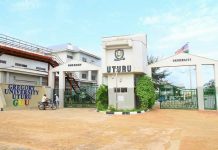 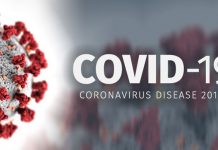 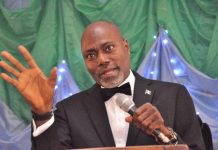 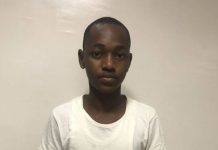 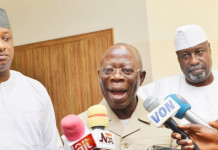 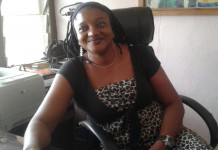 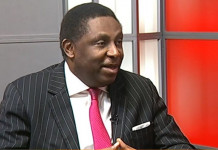 SPECIAL INTERVIEW: Our Population is Fast Becoming a Liability – Economist