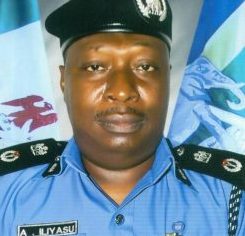 The suspected lunatic reported to have killed two pupils of St. John’s Anglican School, Agodo in Waterside Local Government Area of Ogun State, has been arrested.

The pupils – Mubarak Kalesowo and Sunday Obituyi – who were killed were in kindergarten class.

The Police Public Relations Officer (PPRO) for Ogun State Command, Abimbola Oyeyemi, made this known in a statement he issued in Abeokuta on Wednesday.

The suspect went into the school during break time and killed the pupils before running away.

The police spokesman said the suspect was arrested on the orders of the Commissioner of Police, Ahmed Iliyasu.

The police spokesman said the suspect was arrested in a bush.

He was said to have resisted arrest and attempted to attack the policemen with a machete.

The statement reads in part:  “In compliance with the Commissioner of Police’s order, the Area Commander mobilised policemen and local hunters for the manhunt of the suspect.

“Their efforts paid off on Wednesday, when the suspect was seen in a bush around the community.

“While they wanted to arrest him, the suspect who was brandishing a sharp cutlass, attacked them consequent upon which he was shot and injured in the leg.

‘’He was later taken to hospital for medical treatment.

“Meanwhile, Iliyasu has directed that the case be transferred to the Homicide Section of the State Criminal Investigation and Intelligence Department (SCIID) for proper investigation.” 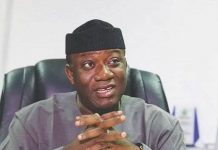