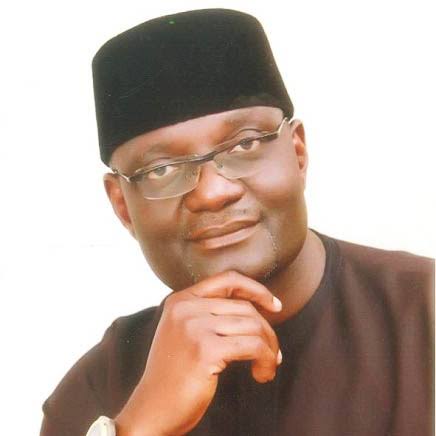 The Benue State Chapter of the Peoples Democratic Party, PDP, has said that the governorship candidate of the All Progressives Congress, APC, in the 2019 election in the state, Emmanuel Jime, is using the electoral case against Governor Samuel Ortom to enrich himself.

The party stated this in a press statement signed by its Publicity Secretary, Bemgba Iortyom, on Saturday and made available to the Next Edition.

The PDP said it was amused by the reaction credited to Mr. Emmanuel Jime, regarding the recent verdict of the Governorship Election Petition Tribunal which validated the electoral victory of Governor Samuel Ortom at that election.

Jime claimed in his reaction that the tribunal in its judgement on his petition denied him justice and also failed to give justice to “the suffering Benue masses”.

“We find such utterances laughable and a mockery of the judiciary which the APC Guber candidate, as a lawyer, is a part of, even as we wonder which Benue people he was referring to.”

The PDP stated that majority of Benue people re-elected Ortom to a second term in office on the platform of the party with 434,473 votes against Jime’s 345,155 votes representing a defeat margin of 89,318 votes on the first ballot.

“Despite such a huge defeat margin, the election was declared inconclusive by the Independent Electoral Commission, INEC, on March 9, 2019.

“This triggered widespread jubilation by APC in the state as they boasted raucously that they were going to enjoy the advantage of ‘federal might’ from Abuja with which to crush Ortom at the supplementary election ordered by INEC, but when that came the governor again won comprehensively extending the defeat margin over Jime to close to 100,000 votes.”

The PDP said the recent judgement of the tribunal only confirmed the popular electoral mandate the Benue electorate overwhelmingly bestowed to the governor in the two rounds of elections.

The party stated that Jime’s allegation that the tribunal denied him and “suffering Benue people” justice is, from all indications, a ploy to achieve for himself pecuniary gains from sponsors of his party and as well keep its gullible followers loyal to his perennial political ambitions.

“While it is evident that Jime and APC, after losing at the tribunal, have no hope at the appellate courts, Benue PDP are aware that the defeated guber candidate and some of his loyalists, in traditional fashion, have resorted to dropping the names of some top political leaders in the country claiming those are going to influence the outcome of their appeal at the Court of Appeal.

“This is reminiscent of the failed ‘federal might’ hoax, and this too will predictably end in failure, as they will lose at the Appeal Court and will still lose if they from there go to the Supreme Court.

“But being magnanimous in victory, Benue PDP have therefore urged Jime to accept the hand of fellowship extended to him by Gov. Samuel Ortom, knowing well enough that he has a bad case even at the Court of Appeal.

“We urge him and his supporters to respect the sanctity of the judiciary and refrain from casting aspersions on it.

“Jime and APC should accept the unchangeable fact that Benue people clearly rejected them at the polls, in favour of Gov. Ortom and PDP, ” the PDP said adding that the courts cannot offer to them what they do not deserve because it is not a Father Christmas.