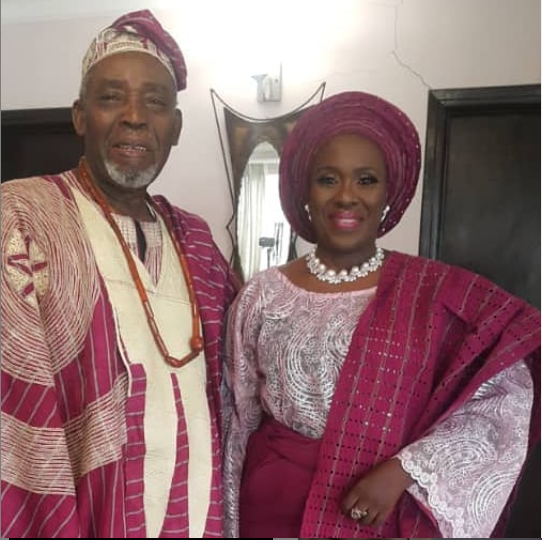 Veteran actors, Olu Jacobs and Joke Silva, are in celebration mood as they marked their 35th wedding anniversary today, November 16.

Joke Silva took to her Instagram page to share a photo and wrote “Totally forgot. 35 years together…thank you, Lord. Here is to many more. Happy wedding anniversary Omo boy @_olujacobs.”

In an interview with The Punch, Olu Jacobs said he knew the first time he set his eyes on Joke that she was his wife.

He talked about their first meeting and how he eventually proposed to her in Tunisia while they were shooting a film.

Olu Jacobs has starred in several British television series and international films and his wife Joke is a multiple award winning actress.