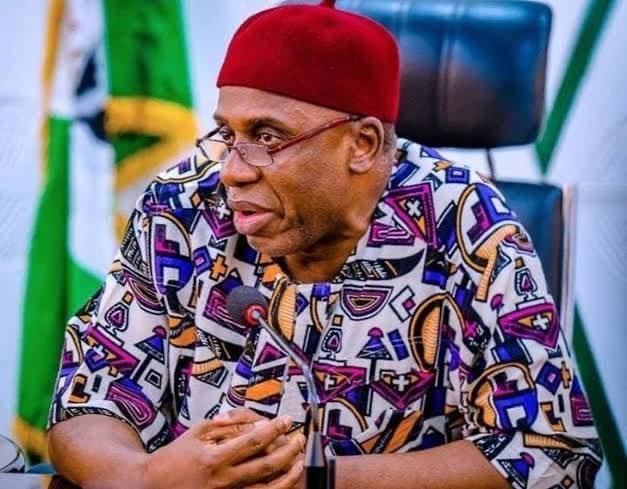 The Minister of Transportation, Rotimi Amaechi has met with his West and Central Africa counterparts on the establishment of a Maritime bank.

This was disclosed in a statement by Taiye Elebiyo-Edeni Media Assistant, to the minister.

The statement said Amaechi and the Ministers met in Lagos on Friday at a one-day conference of Ministers of Transportation, under the auspices of the Maritime Organization for West and Central Africa (MOWCA).

The minister noted that the establishment of the bank had become imperative for maritime development in the region, stressing that Nigeria would make her financial contributions as soon as other countries paid up, especially given the fact that government had already made provisions for the bank in the 2020 budget.

“We couldn’t have been pushing and nobody is responding the way we thought everybody should respond, we will make our contribution when others have made theirs.

“I wish we could make our contribution this year because we have budgetary allocation for it, but if it is next year, I can’t guarantee that we will have the budgetary provision. We believe that this bank is a necessary tool we need for maritime development in our regions, both West and Central Africa,” the statement quote Amaechi as saying.

Meanwhile, Master Didier Mukanzu, Minister of Transport and Communication, the Democratic Republic of Congo and Chairman of MOWCA, has expressed his gratitude to the 25-member states, including Nigeria, according to the statement.

“Indeed, the Committee of Experts of MOWCA met in Lagos from September 15-16, 2020, on the project to set up the regional maritime bank of development. The Minister of Transport of the Federal Republic of Nigeria has taken upon himself the commitment to speak with his counterparts from other Member States to convince them to support the project. The aim is to particularly approve the Charter and get the States to express their commitment to the project,” Mukanzu said.

He recalled that the project was first adopted by the sixth session of the Bureau of Ministers held in Abidjan on Aug. 9, 1999, saying: ”So for more than 20 years, many initiatives have been taken. But this time, the partners are there and ready to invest in the project.

“I therefore recommend that these partners should not be won over by doubt, on the real desire of the sub-region to equip itself with an institution. Great achievements in the world have always begun with reservations at the beginning. Ministers, we are at a decisive turning point in this project.

”I hope that the will of the sub-region, expressed overwhelmingly, align so that we can take a big step forward, he added.”

Mukanzu, noted that approving the Charter should not be misconstrued as ratification of the project, but that the step would allow provisional bodies, based on the agreement of the Ministers responsible for transport, to discuss start-up procedures and financing.