The Minister of Information and Culture, Lai Mohammed has described the death of late reggae star Majekodunmi Fasheke, popularly known as Majek Fashek as a huge loss to the Creative Industry.
Mohammed in a statement issued in Abuja on Wednesday, said Fashek’s death came at a time the creative industry has taken a hit from the effects of the Coronavirus pandemic.

The statement signed by the Special Assistant to the President (Media), Office of the Minister of Information and Culture, Mr. Segun Adeyemi, quoted the minister as describing Fashek as an archetypal musician, who blazed the trail not just as a singer but also a song writer and a guitarist.

The statement read: “He blazed the trail not only for today’s reggae artists but for the entire generation of musicians in the country.

“Majek Fashek will particularly be remembered for his groundbreaking album, ‘Prisoner of Conscience’, which featured timeless songs like ‘Send Down The Rain’, ‘Redemption Song’ and ‘Afrikans Keep Your Culture.

“Long after his demise, Majek Fashek’s voice will continue to echo across space and time, thanks to those iconic songs.”

The minister condoled with the family, friends and fans of the late musician, as well as to the entire creative industry.

He prayed to God to grant repose to his soul and comfort his family.

He added: “One of the best tributes we can pay to Majek Fashek is to do everything we can to ensure the rebound of the Industry, to which he gave so much, from its present state, occasioned by the effects of the pandemic.” 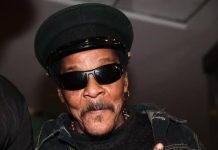