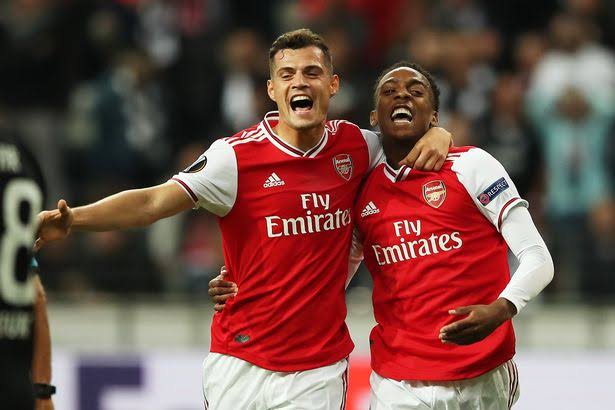 Last year’s Europa League runner up, Arsenal kicks off 2019/2020 Europa League campaign with a victory over Eintracht Frankfurt in front of their huge crowd.

Eintracht Frankfurt, the home team lost several chances in front of goal and were made to pay for their mistakes following the first goal by Joe Willock in the 38th minute.

In the start of the second half, Eintracht Frankfurt had several chances which they were unable to convert and at the 85th minute, the gunners increased their lead through Bukayo Saka who scored his first senior goal for Arsenal and then wrapped it up with a goal by Pierre-Emerick Aubameyang two minutes later.

Bukayo Saka was named Man of the Match for his wonderful display.

Arsenal tops the group with goals difference while Standard Liege is second after beating Vitoria De Guimaraes in their group F encounter.