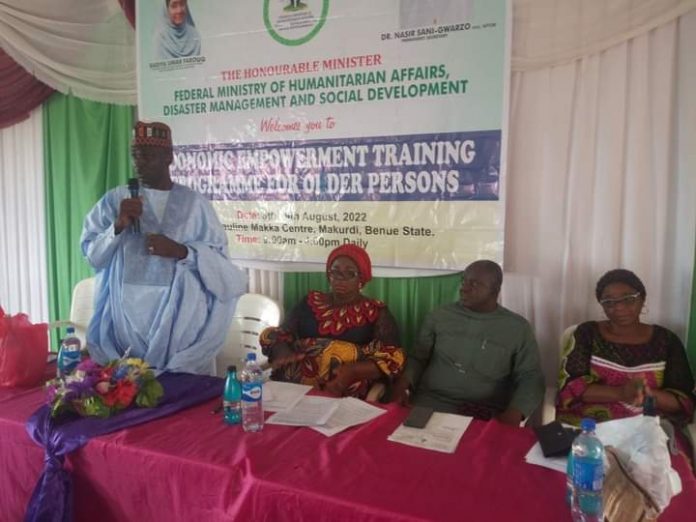 The Federal Government through the Ministry of Humanitarian Affairs, Disaster Management and Social Development, has flagged off a two-day Economic Empowerment Training Programme for older persons in Benue state.

Speaking during the flag off, the Minister of Humanitarian Affairs, Disaster Management and Social Development, Hajia Sadiya Farouq said Benue has been chosen as one of the states in North-Central geopolitical zone to host the programme.

The minister who was represented by the Director of Humanitarian Affairs, Grema Ali, said mainstreaming older persons into the 2030 Agenda for Sustainable Development Goals, SDGs, and impacting them with necessary skills for self-reliance was part of the objectives of the Economic Recovery and Growth Plan, ERGP, of the Buhari led administration.

She called on state governments, development partners, Non-Governmental Organizations, NGOs, and the private sector to support older persons as active agents of societal development urging the participants to take the training serious.

She also announced a take-off grant of N20,000 which will be given to each participant after the training.

Also speaking, Governor Samuel Ortom, who was represented by the Commissioner for Rural Development, Engr. Victor Ukaha, said the humanitarian crisis in Benue is acute with over 2million Internally Displaced Persons, IDPs, in camp.

While he called for Federal Government’s intervention to enable him cater for their needs, Ortom appreciated the initiative saying it was good that the federal government has remembered older persons. 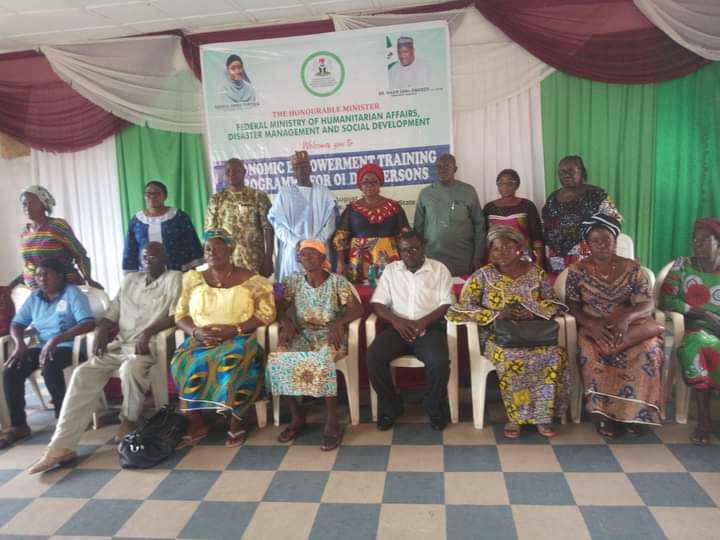 He further lamented the inability of Benue state to access federal government loans through Nirsal Microfinance Bank despite investing money in it and expressed hope that the scheme will not go that way.

Earlier, the Commissioner for Women Affairs and Social Development, Mrs. Tabitha Girgi, appreciated the Governor for providing logistics for the programme saying they will ensure participants take the program me serious.

According to her, the participants will be trained in soap making, vegetable gardening and snack production to enable them cater for themselves and support their families.