The Federal Government has dragged the President of the Nigeria Football Federation, NFF, Mr. Amaju Pinnick, and four others to an Abuja High Court over alleged misappropriation of $8,400 said to have been paid by FIFA to the Football Federation.

In the case filed by the Special Presidential Investigation Panel for the Recovery of Public Property headed by Mr. Okoi Obono-Obla, the five officers of the NFF were also said to have failed and neglected to declare their assets.

The panel alleged that the money was paid by FIFA to the NFF as Nigeria’s appearance fees in the group state of the Brazil 2014 World Cup.

In the case file on Tuesday by the recovery panel on behalf of the Attorney- General, Abubakar Malami and signed by Dr Celsius Ukpong, the defendants face 17 count charges.

The prosecution alleged that the defendants “dishonestly and intentionally moved the sum of about N4bn belonging to the NFF without the consent of the NFF.

Some of the charges against the defendants include; criminal conspiracy, criminal breach of trust, theft, criminal misappropriation in respect of their handling of the $8,400 and N4bn belonging to the NFF, contrary to and punishable under various provisions of the Penal Code (Cap 105) LFN; failure and neglect to declare their assets to the SPIRPP, contrary to and punishable under section 3(3)(a) of the Recovery of Public Property (Special Provisions) Act, 2004..

Specifically the prosecution accused Pinnick of appointing a company he had interest in, Financial Derivatives Limited, as a financial consultant to the NFF, contrary to Section 5 of the Code of Conduct Bureau and Tribunal Act, punished under sections 1(2) and 10(1)(a) of the Recovery of Public Property (Special Provisions) Act, 2004, while Dikko was accused of allowing Mediterranean Sports Limited to be appointed as a marketing agent to NFF also contrary to the same provision of the same Act. 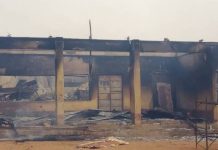 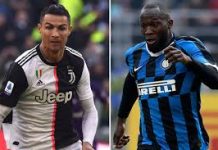