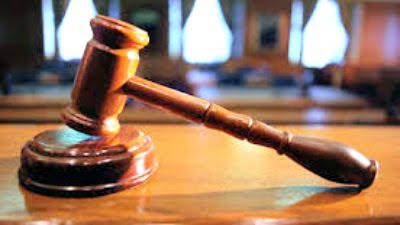 A Kano High Court presided over by Justice A. T. Badamasi, on Friday sentenced a 35-year-old housewife, Rashida Sa’idu, to death by hanging for pushing her husband to his death from the stairs.

The News Agency of Nigeria reports that the convict, who lives at Dorayi Quarters Kano, was convicted on a charge of culpable homicide, which contravened Section 221 of the penal code.

Prosecution counsel, Mrs. Maryam Jibrin, told the court that the convict committed the offence on Feb.25, 2019.

Jibrin said that on the said day at about 8:00 p.m., the convict suspected her 53-year-old husband, Mr. Adamu Ali, of infidelity when he was having a telephone conversation at their Dorayi Quarters resident in Kano.

“In the process they engaged in a fight and the convict pushed her husband during the struggle from the stairs to his death,” she said.

The prosecution said until his death, the victim was a lecturer at Federal College of Education, Kano.

Jibril called four witnesses to prove her case of culpable homicide against the suspect.

However, counsel to the convict, Mr. Illiya Dauda, who denied the charge, called two witnesses to counter the allegation of culpability in the death of her husband.

But the Judge, held that the prosecution had proven her case beyond reasonable doubt, saying that the convict was responsible for the death of her husband.

“The convict has been sentenced to death by hanging,” he said.