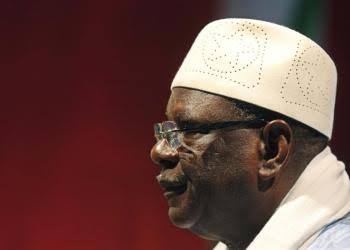 Both were arrested and detained by mutineering soldiers in Mali on Tuesday. 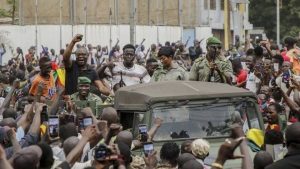 A top rank soldier, who requested anonymity, told AFP: “We can tell you that the president and the prime minister are under our control.”

Reacting to Tuesday’s events, Chairperson of the African Union Commission, Moussa Faki Mahamat called for the immediate release of the duo.

In a series of tweets on his verified Twitter handle, Faki wrote, “I strongly condemn the arrest of President Ibrahim Boubacar Keita, the Prime Minister and other members of the Malian Government and call for their immediate release.”

Faki’s position was restated in a statement issued by his spokesperson, Ebba Kalondo, posted on the AU website.

Below is the full statement:

The Chairperson of the African Union Commission Moussa Faki Mahamat strongly condemns the forced detention of President of Mali Ibrahim Boubacar Keita, the Prime Minister and other members Malian government and calls for their immediate release.

The Chairperson strongly rejects any attempt at the unconstitutional change of government in Mali and calls on the mutineers to cease all recourse to violence, and calls for the respect of the country’s institutions.

The Chairperson further calls on the Economic Community of West African States (ECOWAS), the United Nations and the entire international community to combine our collective efforts to oppose any use of force as a means to end the political crisis in Mali.

Issued by:
Ebba Kalondo
Spokesperson to the Chairperson of the Commission