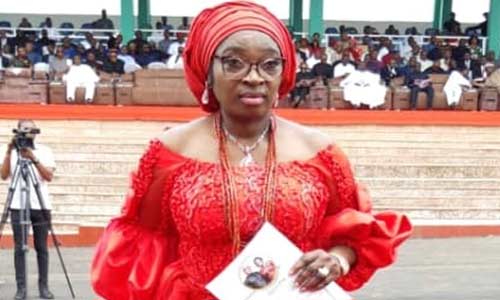 The Governor of Adamawa state, Mr. Ahmadu Fintiri, disclosed this while addressing journalists in Abuja after the party leadership meeting held at the Abuja residence of the party National Chairman, Prince Uche Secondus.

Fintiri said that the decision was reached at the meeting held with governors, members of the National Working Committee and some of the aspirants who participated in the election.

“We carried out the directives of our governors and reconciled all the aggrieved aspirants and it was unanimously agreed that Ekwunife be appointed the campaign director and she is so appointed.

“With her appointment, the campaigns for PDP recapturing Anambra will soon kick off. All aspirants have been reconciled.

“Anambra state belongs to the PDP and this will be confirmed at the Nov. 6 governorship election,” he said.

In his remarks, PDP National Chairman, Prince Uche, Secondus expressed hope that come Nov. 6, the PDP would be would win the state election.

Secondus tasked all aspirants to forget the past and be united for the interest of the party.

Accepting the appointment, Ekwunife pledged her readiness to work together with all stakeholders to attain victory for the PDP.

She also promised to leverage on her vast political network in campaign for the party to win the election.

The PDP candidate for the State governorship election, Mr Valentine Ozigbo, said with the reconciliation, the PDP was set to take over Anambra.

Ozigbo said that with two senators and virtually all members of the State House of Assembly produced by PDP, the party would reclaim the Anambra. (NAN)